The answer is that a fiber laser can cut laminated metal sheets, but there are certain difficulties. 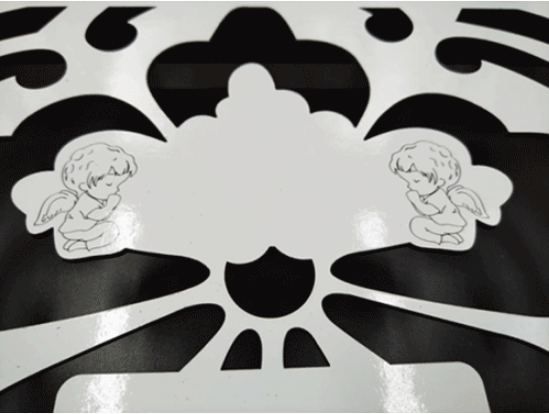 Then how do we cut film-laminated metal sheet with fiber laser cutting machine? 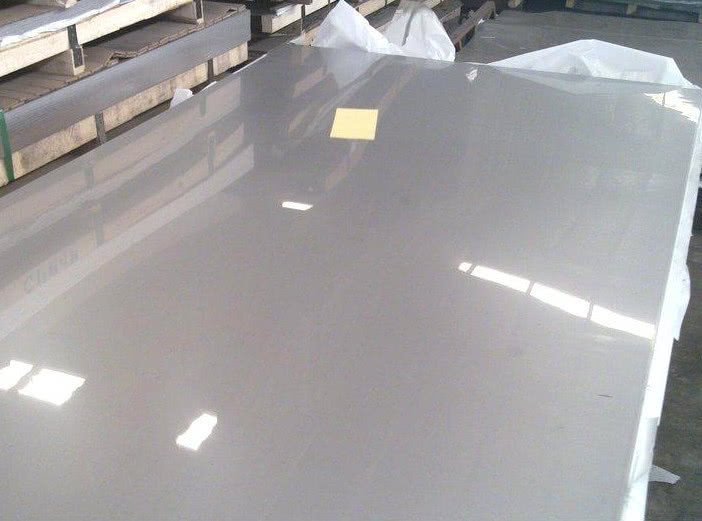 When cutting single-sided film-laminated metal sheets, such as the brushed or mirrored stainless steel, in order to avoid film damaging, the side with the film is usually cut with facing upward, and the side without the film is facing downward. Because of the side of the film is facing down, the residue splashed by the laser cutter may stick to the film due to thermal influence, which will make the film surface rough. Meanwhile, it is difficult to cool down the film after cutting and to remove the dross attached to it. Therefore, it is recommended to cut the surface with the film first.

The cutting process is as follows:

Lower the power and keep the distance between the laser head and surface of the material at about 10 mm. Then, burn the protective film in the cutting path, and perform cutting afterward.

Note: It is better to install a pneumatic device on the backside of the metal sheet to avoid scratches by the sharpen sawtooth support worktable. 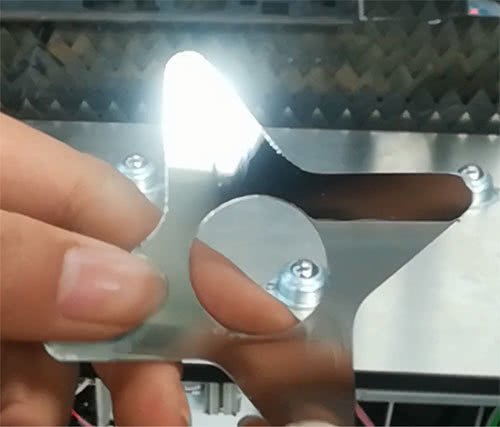 Difficulties in the cutting of double-sided film-laminated metal sheets

We know that the fiber laser cutting head can only perform cutting from the top to bottom. Although the laser will have no big effect on the protective film on the top surface of metal sheet during the cutting process, the cutting residues generated during the cutting process may not fall down due to the laminated film on the back of the sheet. These residues will directly affect the cutting effect of the sheet, resulting in incomplete cutting of sheet or generation of large burrs after cutting. However, if the protective film under the sheet is completely torn off, the back of the sheet is easily scratched.

Is there any way to not tear off the whole film under the sheet and make sure the protective film does not affect the cutting? The answer lies in the cutting position of the laser cutting.

This requires the following steps: 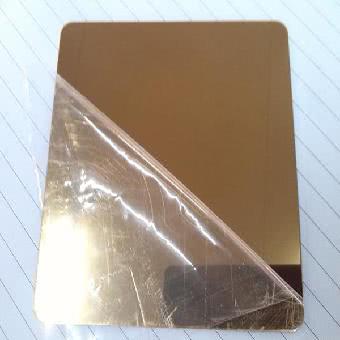 When the melting range is large, the adhesive strength of the protective film is lowered, thereby leaving a hidden danger for the peeling of the film.

When cutting the protective film, the intensity of the laser beam pattern at the cutting edge should be sharply distributed, and be careful not to cause the laser to be disordered. Increase the speed to reduce the thermal influence of the laser on the protective film. In addition, the sharp corners in the machined shape or the small hole are also prone to peeling, and it is necessary to modify the shape by setting R or the like.

If the adhesion of the film itself is low or the quality is poor, the thermal effect during processing will cause the film to shrink due to heat, thereby causing gaps. In this case, the cutting assist gas may invade the surface of the material and the film. In the meantime, a large area of the film peeling is formed.

Good film permits protected sheet metal to be laser cut in a single run and reduces laser-cutting time and will maintain surface integrity while parts are being cut.

Furthermore, practices from the metal fabricators prove that black-on-back film gave better results than a white-backed film, you can refer more details at https://www.industrial-lasers.com/cutting/article/16485574/fiber-laser-cutting-thin-stainless-steel).

In conclusion, the above is the whole content of the film-laminated metal sheet cutting with a fiber laser cutting machine. Hope this post is helpful to you. If you have any questions, please send us an email and we will try our best to serve you.

A Gift for The Motherland: MORN Introduces Metal Laser Cutting Machine with 12kW of Fiber Power

How to maintain your CO2 laser cutter on a daily basis and in winter?

How to Buy a Right Metal Laser Cutting Machine

How to prolong the lifetime of CO2 laser engraving machine by right use the laser tube ?